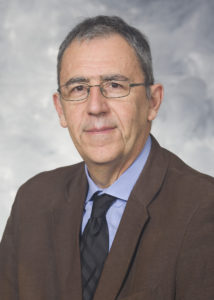 Guido Podestá was named vice provost and dean of the International Division at the University of Wisconsin–Madison in May 2014, after serving since June 2012 in the position on an interim basis.

A professor and former chair of the Department of Spanish and Portuguese, he previously directed the Latin American, Caribbean and Iberian Studies program. Since joining UW–Madison in 1987, Podestá has received awards including a Romnes Faculty Fellowship, a resident fellowship from the Institute for Research in the Humanities and a senior fellowship from the American Council for Learned Societies.

Podestá received his doctoral and master’s degrees in Spanish and Portuguese from the University of Minnesota, and his bachelor’s degree in literature from the Universidad Nacional Mayor de San Marcos in Lima, Perú. He has published four books and several academic essays in his area of expertise.