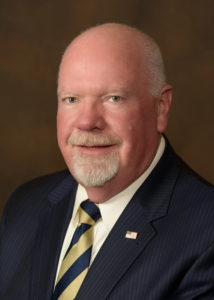 Howard Stephenson was elected to the Utah Senate in 1992 where he has been a leader in education and tax policy.

Senator Stephenson is nationally recognized as a legislative expert on digital teaching and learning. He has addressed thousands of state legislators and school administrators regarding the power of digital learning tools and how effective implementation of those tools can significantly increase student learning.

He received B.S. degrees in psychology and aerospace studies and a Master of Public Administration degree, from Brigham Young University and currently serves as president of the Utah Taxpayers Association.

Senator Stephenson resides in Draper, Utah with his wife Julie. They have 5 children and 12 grandchildren.  Howard and his family love exploring Utah’s backcountry on mountain bikes and their four Missouri Foxtrotter horses.

In addition to his duties as a Senator, he co-hosts a radio show, Red Meat Radio “Inside Utah Politics – Setting the Record Straight” (860 AM), every Saturday morning from 8 to 10.